This year I again attended the XMPP Software Foundation’s summit in Brussels.

The summit spans two days and is held at Cisco’s offices.

It’s a rare opportunity to get community members together to discuss and make decisions around protocol extensions (the so-called XEPs).

On the second day interesting discussions were had regarding the state of XMPP today, for example how and by whom its used, how to foster and support client development and the merits of federation (i.e. communication between different messaging providers).

We heard that XMPP is heavily used and respected within the Telecoms industry, and that there’s a lot of ”hidden” use of XMPP that even most of the Summit participants were unaware of.

Besides what some people may think, XMPP is alive and well, and used extensively in many applications and in various sectors. Jabber®, on the other hand, not so much. Mindshare has moved largely to siloed (i.e. non-federated and non-standardized) messaging apps like Slack et al.

The Tigase guys Andrzej Wójcik and Daniel Wisnewski gave a demo of the new Internet-of-things module of the Tigase XMPP server which also drew attention at the realtime communications stand at FOSDEM. 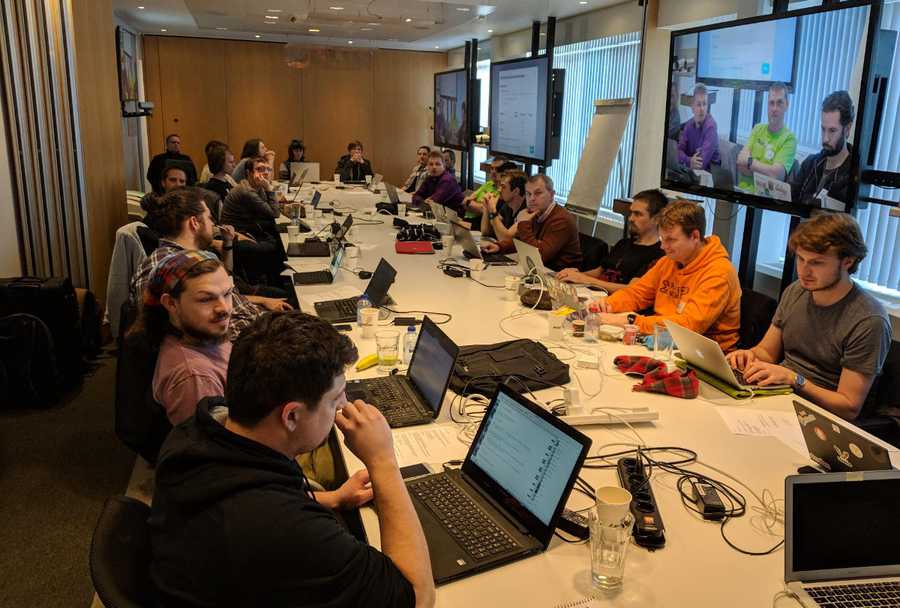 Minutes for the XSF Summit

I volunteered to be the minute taker this year, for which I used my favorite notes-taking app: Vimwiki.

With Vimwiki you can generate HTML from your wiki files, so I was able to make the notes available online roughly as I was typing them. which I did by pushing the generated HTML to a git repo and then pulling again via cron on a server and serving with Nginx. 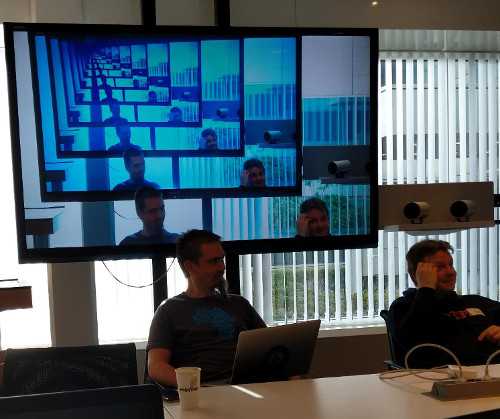 I also wanted to make the minutes available on the XMPP wiki, but Vimwiki’s syntax is a little bit different than the Mediawiki syntax.

Pandoc came to the rescue, and with a one-liner I could generate Mediawiki files from all my notes.

So here are the 2018 XSF Summit minutes on the XMPP wiki.

It was fun to meet up again with kindred spirits and to see some familiar and friendly faces from the XMPP world.

This year was also the first time I attended the fancy XSF dinner. I had the sea bass with endive and beurre blanc.

See you folks next year and thanks for all the fish! 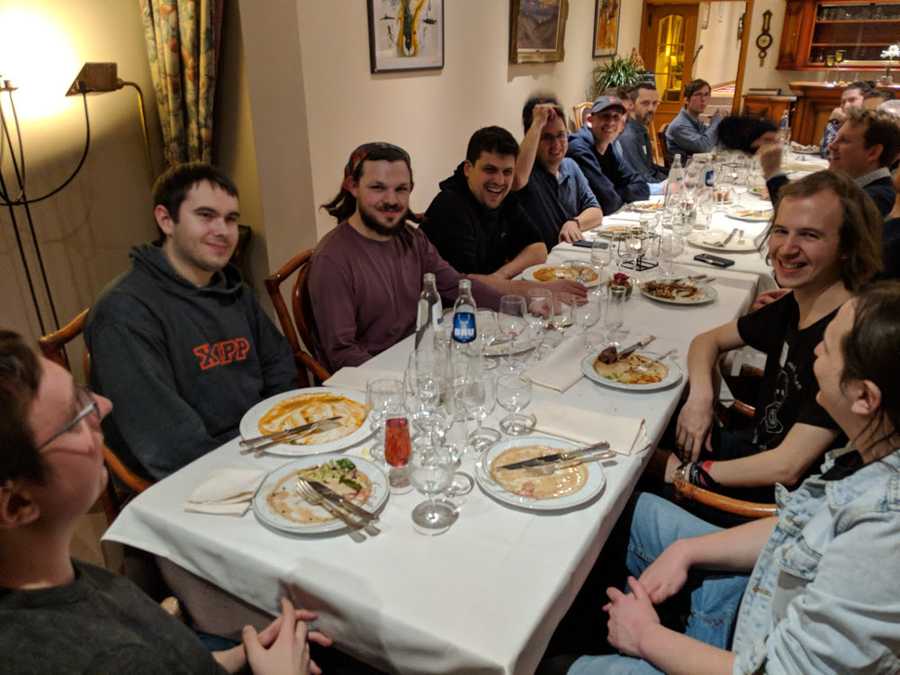